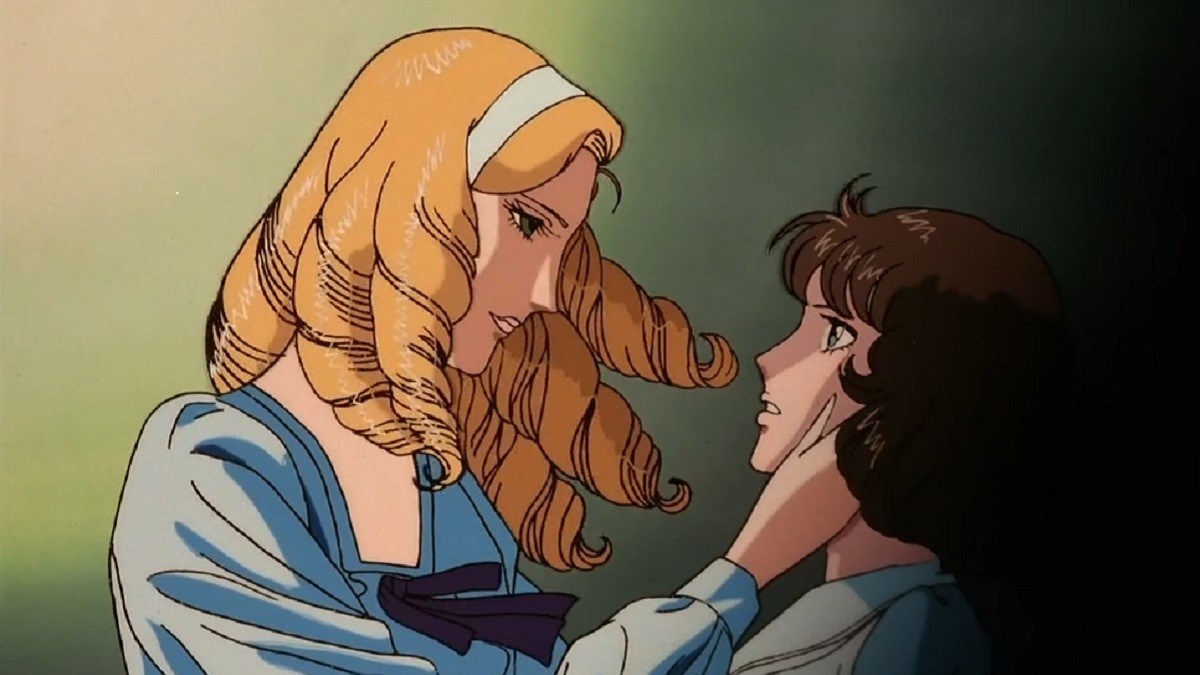 If you’re a fan of yuri (no, not Yuri on Ice) or girls’ love anime, you’ve likely reviewed several “top yuri anime” lists on other websites in your quest to find more shows to consume.

What you have most likely found is that the majority of yuri recommendations are for shows released after 2004. The reason is 2004 is when yuri started its rise into a mainstream genre that now includes dozens of shows.

This means that if you are in love with the 90s anime aesthetic, you really have some limited options for yuri.

Speaking of definitions, if you’re new to the genre, a good place to start is by understanding what yuri is.

What is Yuri Anime?

Yuri (or girls’ love) anime is any show or movie where the story primarily focuses on an intimate relationship between two female characters. The relationship doesn’t have to be sexual or romantic, but lesbianism is often a core theme in the genre.

For more on the history and definition of yuri, head over to yuricon!

Yuri Anime in the 90s

In the 90s, anime wasn’t nearly as accessible as it is today. And in the western world, anime genres were mostly described the same as Hollywood movies; action, romance, fantasy, comedy, etc… So genres like shonen, shoujo, and isekai existed but weren’t commonly known by those names state-side.

This means that if you walked into a Suncoast in the late 90s, you weren’t going to find an anime section labeled “Yuri.” And most casual anime fans weren’t talking about girls love’ anime either.

So most of what we understand about yuri in the 90s is with the benefit of retrospect. Looking back, you can see the subtle beginnings of the genre with the shows Dear Brother and Revolutionary Girl Utena.

However, to touch on the first hint of girls’ love anime in the 1990s, you have to start with Sailor Moon.

To be clear, Sailor Moon is not a yuri anime. It is better categorized as a shojo (young girl) magical girl series.

And if you watched the westernized adaptation by DiC, then you may wonder what it has to do with yuri.

This is an often-cited “things you didn’t know” fact on other popular anime blog posts about sailor moon. However, it is a common point of knowledge these days. And DiC whitewashed this at a time when gay rights moved to the forefront of American politics.

Fortunately, you can now find unedited/uncut versions of the show that leave this relationship intact.

This issue aside, this opened the door for the anime industry to explore gay and lesbian themes in mainstream animation. And the first true foray into this new world started with an adaptation of a 1970s yuri manga.

In the mid-70s, Dear Brother (Oniisama e…) was released as a yuri manga that spanned 3 volumes. The story centers on 16-year old Nanako Misonoo and her life at the prestigious all-girl Seiran Academy.

For the next two years, Nanako faces bullying, hatred, and jealousy. Which comes mostly from classmates who resent her acceptance into the school’s elite sorority. Through all this, she develops close relationships with her classmates and becomes involved in a love triangle.

Dear Brother is reminiscent of a soap opera and every episode is filled with drama, betrayal, and shocking revelations.

The relationships between Nanako and her classmates are at the forefront of this drama. And at the time, this show was unprecedented in its depiction of romantic affairs between female characters.

Revolutionary Girl Utena follows Utena Tenjou, who sets out to achieve her goal of one day becoming a prince.

The show begins with her attending the Ohtori Academy. And as Utena walks to her first day of school, she prominently wears a boy’s uniform and possesses a tomboyish charm that draws the attention of her female classmates.

Utena is ultimately victorious in the duel and is awarded the hand of the rose bride, Anthy Himemiya.

From there, Utena struggles to defend her standing as the fiance of the rose bride. And more importantly, it shows how her feelings toward Anthy blossom into something more than just a friendship.

Coincidentally, The Rose of Versailles manga has often been speculated as an inspiration for the show’s avant-garde style. And this manga was written by Riyoko Ikeda, the same creative mind behind the Dear Brother manga.

To further tie this all together, Revolutionary Girl Utena was directed by Kunihiko Ikuhara, who directed several episodes of Sailor Moon.

Over the last two decades, girls’ love anime has steadily grown to become one of the more popular genres. And despite the number of titles that have since been released, Dear Brother and Revolutionary Girl Utena stand as two of the more prominent titles in the genre.

Revolutionary Girl Utena has been widely available to western audiences since its release in the 90s. However, it took several years and a crowd-funding effort to see an official localized release of Dear Brother on DVD. And now the show is available on Blu-Ray and a handful of streaming services.

So now is as good a time as any to check out these classic masterpieces!