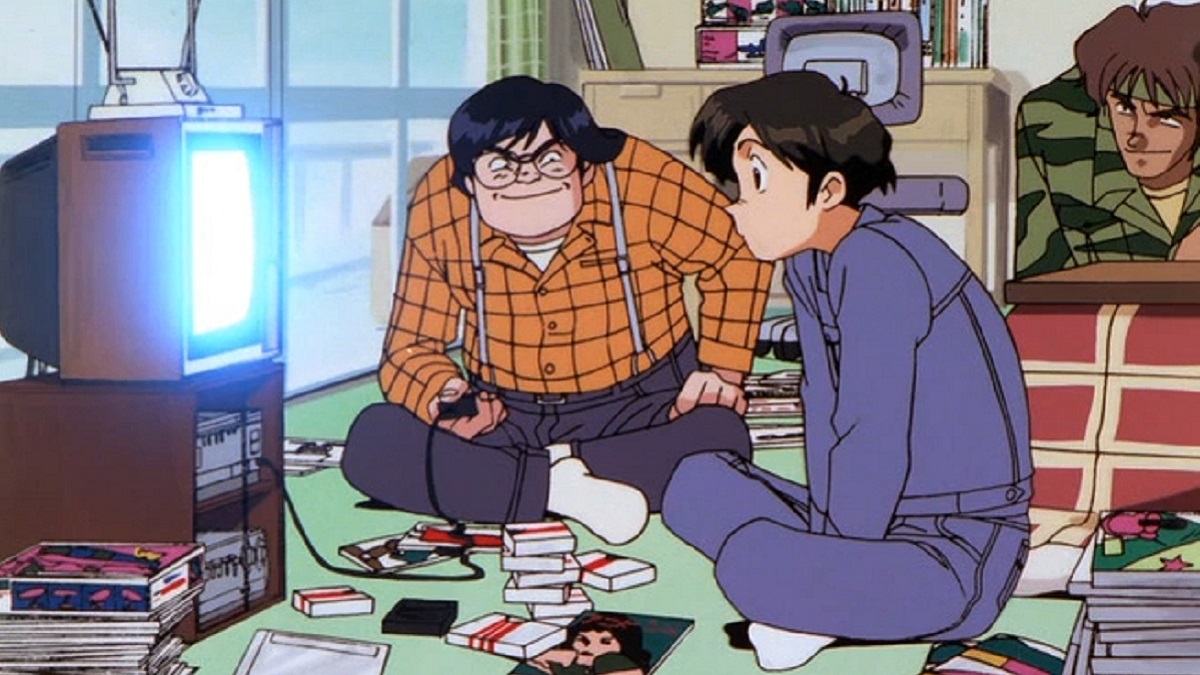 If you’re here, you’re probably working to figure out how you can most easily watch anime from the 70s, 80, or 90s.

If so, you’re in luck, because you are about to read one of the most comprehensive guides to watching classic anime on the internet.

On this blog, we primarily focus on anime from the 90s, but what you will find in this post is applicable to most anime from any era, modern or classic.

You are already familiar with most of the popular streaming services, and we will cover those along with other options that you may not be aware of. And if there are other ways to watch classical anime that we have missed, then please let us know in the comments below and we’ll add it to the post!

To start, we have provided this graphic overview for easy reference and will dig deeper into these options in the sections below.

Video streaming services are the most accessible and easiest way to watch anime so long as you have a sufficient internet connection.

The availability of anime in this day and age is something that I could have never dreamed of as a kid in the 90s. Opening an app on your streaming device and having access to countless anime shows and movies really is the pinnacle of anime enjoyment.

If you’re trying to track down the classics on one of these services, a great place to start is justwatch.com. It’s an easy and valuable search tool that browses the libraries of countless streaming services.

Otherwise, in the context of watching anime, most streaming services fall into one of three categories; anime-centric, premium with a robust library, and free services with limited anime selections.

These streaming services offer a good selection of modern and classic anime shows. If you’re an anime fan, you’ll be served well by subscribing to one of these services.

Although you won’t always find every show you want, you’ll be sure to find a good selection of popular and obscure classics from the 70s, 80s, and 90s.

One of the notable options here is Retrocrush.tv. They are a newer service with a smaller library, but as the name implies, they are focused on classic or retro anime, which is the whole point of this guide! So it is expected that they will have more offerings as the service continues to grow.

Some of these anime streaming services also have shows available to watch for free (with commercials), so if you don’t want to subscribe, you at least have that as an option.

These services offer a good general selection of shows and movies that aren’t anime, but they also have very robust anime selections. Oftentimes, you’ll find that some of the more popular classics such as Neon Genesis Evangelion or Cowboy Bebop are exclusive to one of the services.

There are free streaming services that offer anime selections, and you will be watching commercials most likely. But sometimes these services offer obscure classics that you won’t find on other services.

Some free streaming sites do have malicious or deceptive pop-ups, so I have omitted these options because I would not recommend anyone use a site that does this.

The services below are owned by larger media companies such as ViacomCBS or Fox or are part of a public service, so the benefit is greater access to anime content and a legitimized experience.

Physical media is definitely the expensive route to anime enjoyment. A Blu-Ray can sometimes cost as much as a 6-month subscription to one of the streaming services discussed earlier in this post.

But in terms of anime-fandom, physical media crosses the bridge into the realm of collectibles.

There is some level of satisfaction that comes with proudly displaying your anime collection, and if the internet goes down, then you have a viable option for enjoying anime (so long as you have the right hardware).

Finding anime on physical media may require a little work as well. Blu-Rays are often available on most popular retail sites. However tracking down anime on DVDs, VHS, or Laserdiscs may require a visit to eBay, Craigslist, Offerup, Facebook Marketplace, etc…

In modern times, Blu-Rays are the stock choice for collecting anime. The benefit to collecting anime is clear, you are often getting a high definition and sometimes remastered version of the classics.

This means vibrant colors and the clearest and cleanest visual you can get. Additionally, the audio on blu-rays is better than what you will get with any streaming service. So if you are an audiophile with a killer home theater setup, then you’re best served by collecting shows on Blu-Ray.

But unfortunately, not every show and movie has been released in this format. So if you want a physical copy, you’ll have to explore other options.

DVDs are still viable in this day and age. And if you’re after collectible box sets, you’re going to find a much greater variety with DVDs than Blu-Rays or other formats.

When hunting down DVDs, it’s good to keep an eye out for remastered versions. For example, if you’re trying to collect Neon Genesis Evangelion on DVD, you should be targetting the “Platinum” version instead of the “Perfect” version.

The Platinum version is the remastered version and the Perfect version is considered sub-par by comparison. So you want to avoid spending your hard-earned money on the “wrong” version.

Finding DVDs isn’t always easy though and a lot of shows are becoming increasingly rare and hard to find. This has resulted in the cost of some DVD collections exceeding the original listed price.

This means you may find yourself shelling out $200-$300 for a complete set in some cases.

Some anime shows and movies have not been released on DVD or Blu-Ray, so VHS may be your next best bet if you’re trying to keep things affordable.

Finding anime on VHS is not always easy, and your options aren’t as robust as DVDs or Blu-Ray, plus VHS tapes break down over time and wear out. So as much as it may be a more “authentic” retro viewing experience, watching anime on VHS should be reserved for when it’s only necessary.

This is admittedly a format in which I have zero viewing experience. When I was a kid, laserdiscs were inaccessible due to the sheer cost involved. Plus, places that rented out laserdiscs were very uncommon or non-existent.

A trip to eBay shows that anime on laserdisc still carries a high value, this is why I’d consider this format to be more of a collector’s realm.

Resolution-wise, Laserdiscs are better than VHS but not as good as DVDs. So this is a better option than VHS for viewing some rare titles, but it does carry a cost and you obviously need a working laserdisc player (which isn’t cheap!).

A lot of people wouldn’t really consider these formats to be viable formats for collecting physical media, but over the years, anime has been released on:

Although it happens rarely, some anime studios will do a limited re-release of classic anime movies. This is most common for Studio Ghibli films or popular classics like Akira and Ghost in the Shell.

Finding out about these re-releases is usually just a matter of following some anime news sites on your favorite social media platform.

Some small mom-and-pop theaters will showcase anime classics in select areas, so if you’re lucky to have a local theater that shows anime, you should take full advantage!

Gray websites toe the line of legality and are often shut down without notice after months or years in operation. These websites stream rather than offer downloads, which allows them to operate in a gray area of legality.

This means that these websites are often full of malicious pop-up ads and you may end up with spyware or viruses on your computer. Furthermore, anime studios do not receive any proceeds or money from these websites, so for these reasons, you should not use these websites.

In the 70s and 80s, fansubs of popular anime were recorded and re-recorded on VHS and Betamax and distributed from friends to other friends and often exchanged at pop culture events or comic book stores.

Admittedly, I was guilty of renting anime on VHS and recording it to a blank tape in the 90s. Anti-piracy measures were laughable and easy to bypass with some scotch tape and paper. And this allowed me to amass a sizable anime collection of 3 movies.

In 1999, Napster came out and was soon followed by other peer sharing networks. This made it easier than ever to download anime that could be burned to CDs (as a VCD) or played on your computer.

Back then, it could be argued that the lack of legal means to buy or rent anime justified piracy. However, in modern times, there are an incredible number of ways to legally watch anime.

Additionally, pirated anime often comes with risks such as viruses, spyware, and malicious software. And the visual and audio quality of pirated anime is often unpredictable and substandard due to file compression or weak sources.

Paying to watch anime ensures the longevity of the industry and puts money in the pockets of the creators and artists involved. This is not to say that the industry could not improve the pay model, but that is a separate issue altogether.

Unfortunately, there are still some shows that are not available through legal means. Often this is due to disagreements on who holds the license, or the license is held by a company with no interest in making the anime available. But even with this being the case, the risks of piracy still warrant caution and discretion.

Now that you know how to watch anime, take a look at our favorite movies and shows to figure out WHAT you want to watch!

Your Ultimate Guide to Anime Genres and Demographics