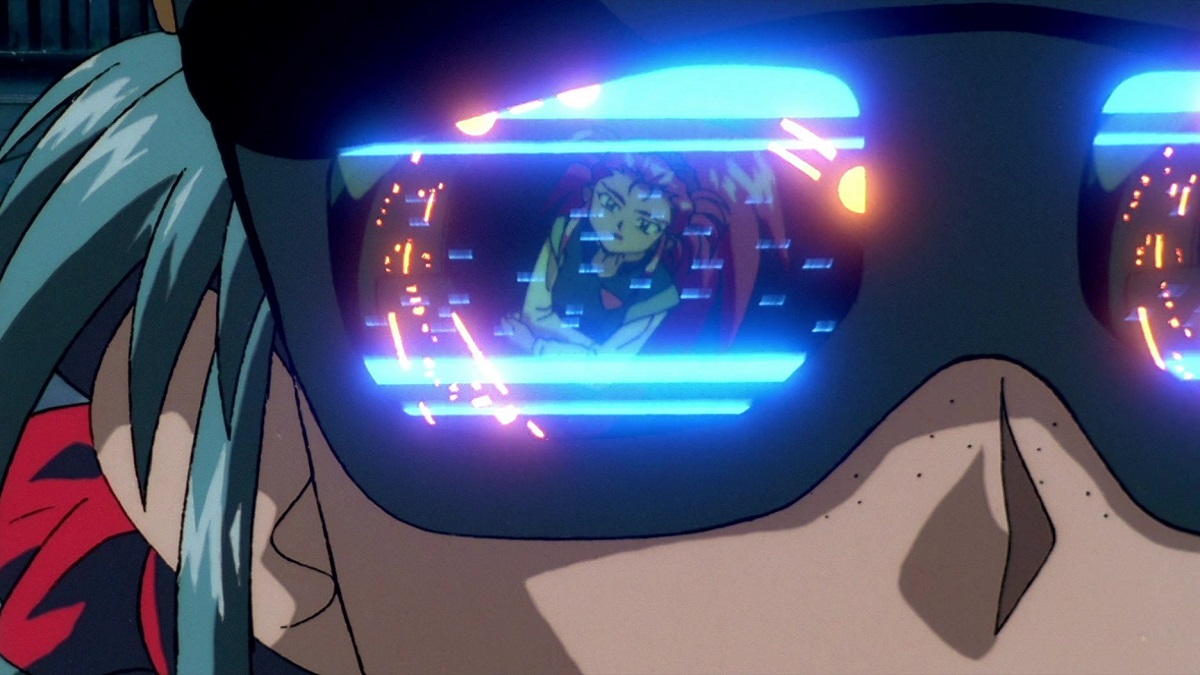 Tenchi Muyo is a relatively massive anime franchise that covers multiple OVAs, shows, and movies. So if you’re new to Tenchi Muyo, you may be wondering where to start and the proper watch order.

If so, you’re in luck! Because we have put together this comprehensive guide to help you navigate the expansive universe of Tenchi Muyo!

Note – for the sake of consistency, this guide will use the localized western release titles.

The Tenchi Muyo series got its start in 1992 as an OVA. In the years since, there have been multiple tv shows, movies, spin-offs, and more OVAs.

With this much anime, it can be a bit of a chore to keep track of what is what when it comes to Tenchi.

So to break it down, the Tenchiverse includes:

One of the challenges with starting Tenchi Muyo is really knowing where to start. Because a lot of these shows take place in the same universe and feature the same characters, but cover multiple continuities.

Confused? I don’t blame you! To help you out, we’ve created the following Tenchiverse Watch Order graphic to help explain the Tenchiverse (feel free to save it!):

If you watch the shows in chronological order by release date, you’ll be all over the place. So to keep your head straight, we’d suggest watching the shows by storyline continuity. And your first stop should be with the Ryo-Ohki storyline.

The Tenchi Muyo! Ryo-Ohki storyline is your starting point. This is the original/first storyline and should be watched in the following order:

The Tenchi Muyo! OVA and Ryo-Ohki series follow the same storyline and are comprised of five (5) series. The OVA series is made up of series 1 and 2 (13 episodes), and Ryo-Ohki is series 3 through 5 (17 episodes).

If you watched Tenchi Muyo on Toonami in the early 2000s, you watched the OVA series (series 1 and 2).

The OVA series is also called “Ryo-Ohki” in online forums in line with the Japanese release. However, DVDs, Blu-Rays, and streaming sites will refer to it as the OVA series. So this should be noted to avoid confusion.

Tenchi Muyo! GXP is a parallel series to the Ryo-Ohki storyline. It doesn’t follow the main characters of the series, though they do make cameo appearances.

Tenchi Universe should be your next stop, and should be watched in the following order:

Tenchi Universe is loosely based on the first 6 episodes of the Tenchi Muyo! OVA series and takes the story and characters in a different direction.

Tenchi the Movie 2: The Daughter of Darkness

This movie is loosely tied to the first six episodes of the OVA and Tenchi Universe. However, it does not completely fit within the continuity of either series.

The movie follows Tenchi as he comes to grips with the appearance of a girl claiming to be his daughter. This sets off a wave of jealousy and suspicion amongst the other girls.

Tenchi in Tokyo incorporates the same main characters from Ryo-Ohki. However, it’s a completely different storyline from any other shows in the Tenchiverse.

As such, Tenchi in Tokyo is a standalone series that follows Tenchi’s developing relationship with a new love interest.

If you’re up for some magic girl anime with a Tenchi flavor, then this is your stop.

Unfortunately, there is no continuity between these shows, so they should be watched in order of release:

The Tenchi Muyo! Mihoshi Special is actually a special episode of the Ryo-Ohki series and takes place in that continuity. However, the show does not advance that story and it is where we catch our first glimpse of Sasami as a magical girl.

So it makes all the sense in the universe to watch it as a lead-in to Sasami’s stint as a magical girl.

As stated, all three shows follow their own storyline with no continuity between them.

Ai Tenchi Muyo! is a one-off series that was created to help promote tourism for the city of Takahashi, and to commemorate the 20th anniversary of the franchise.

The series includes 60 episodes at 4 minutes each.

The story follows Tenchi as he takes on a position as a student-teacher. Unfortunately, Washu has thrown the world into chaos, and it’s up to Tenchi to make things right.

There are three shows that take place in the Tenchiverse but have no association with the main story or characters.

It’s not necessary to watch these for the full story. But if you’re hungry for more Tenchi, they can help fill the void.

Dual! Parallel Trouble Adventure is set in the distant past of the Tenchiverse. The anime mixes the signature Tenchi Muyo brand of humor with a complicated multiverse narrative that parodies Neon Genesis Evangelion.

Photon: The Idiot Adventure occurs in the distant past of the planet Geminar in a parallel world to Tenchi Muyo: War on Geminar.

How and Where to Watch Tenchi Muyo

Watching all of the Tenchi Muyo shows and movies is not necessarily an easy task. Some of these shows and movies may be found on your favorite streaming service. Otherwise, you may have to resort to purchasing DVDs or Blu-Rays online.

But now that you know the Tenchi Muyo watch order, check out our helpful guide to watching classic anime!